I’ve for a long long time played my irons with a slightly closed club face at address…as I’ve never been good at rolling/releasing my wrists through impact…which as you can imagine, opens the club face considerably. It’s been fine on my irons (usually my strength), though I know it costs me some distance…but it’s easy to adjust dispersion and I’ve never had to think about “releasing the club”.

Now - the drawback is that it is HELL on my driver and driver swing. Always always always a weakness due to the technique flaw.

I’ve finally learned to connect my arms more to my body and overcome the dreaded OTT and have a more square or inside to out path. Now that I’m playing with a square face at address again, I need to dial in my wrist rotation and get the timing right so that I can hit a driver. I’ve noticed that I’m pulling almost everything off the tee…rotating too aggressively. I probably need to weaken my grip - since it has been ridiculously strong (to compensate for the lack of rotation) as a first step.

Any other drills or technique anyone would like to suggest to get my release/timing/roll correct? 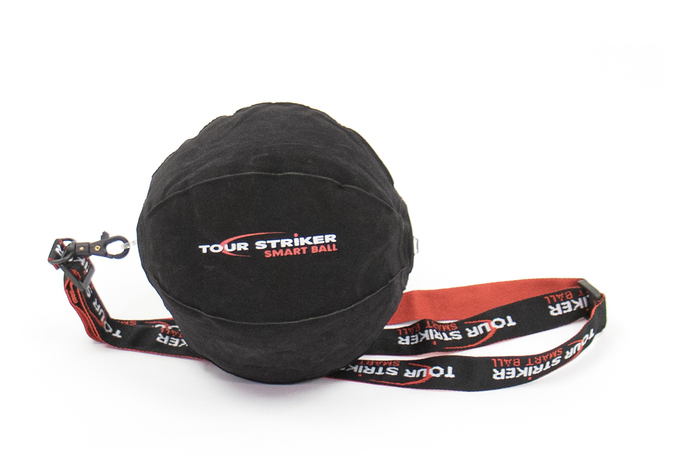 IMO this is the best training aid for keeping everything connected. Will help with rotation of forearms and wrists as well.

I’ve been using the “keep the headcover in the armpits drill”…love the idea of this Smart Ball too.

I’m not an instructor, so take this advice how you may, but it sounds like you’re probably fanning the face wide open on the backswing, then have to aggressively flip it shut on the way down in order to get back to square. This is going to be very hard to be consistent with, since it relies on timing so much. I finally figured this out last year and have been so much more consistent both with irons and driver. I really just turn my shoulders and try to keep the hands as quiet as possible. I’ll try to find a video link to show what I mean. 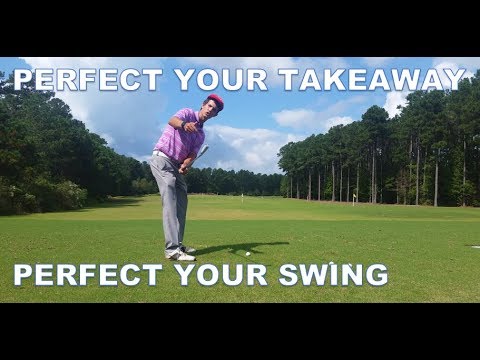 Here’s what I mean, and I’m sure there’s lots of other videos on this. But the main point is, if the toe of your club is pointing toe-up when it’s parallel to the ground on your backswing, it’s actually an open face. If it’s more parallel with your spine (and will probably feel like it’s really closed), it’s actually square to your swing path.

I probably need to weaken my grip - since it has been ridiculously strong (to compensate for the lack of rotation) as a first step.

How strong are we talking? All of the knuckles?

Trying some weakening, sounds like it would be an easy initial adjustment to try. Versus some other larger, novel movements that you’d have to incorporate in your new swing.

Who knows? Maybe you find that having a two knuckle-weaker grip takes care of the issue?

Stronger than strong. My past swing was virtually no rotation/release which always left my club face wide open (thus the closed face at address). I’ve toyed with “every knuckle” to even extreme of almost looking at my lead elbow it was so strong…lol. I made it work somehow and figured out how to use grip and a closed face at address to square the thing up.
But now with some tweaks, I agree…I’m going to try to get to the range Saturday and go back to 2 knuckles and play around to see where I am.

Can we get this guy a hat that fits better? I’m having a difficult time concentrating on the advice while wondering why there is a thimble on that melon :).

It is kinda ridiculous, isn’t it? I feel that feel tho.

Nothing stock in the typical athletic store/pro shop world fits my 7 3/4 melon. “One size fits”…doesn’t. And then I compound it by wearing a sweatband under the hat… It gets hot down here.

I’ve given up trying to look fashionable. Or normal.

FWIW I have had similar issues and have been doing better with a bit weaker grip. I used to have a pretty strong LH grip and a Neutral RH grip, but it seems like the RH grip just got stronger over time and I’m trying to adjust to weakening it again.

I’d be interested to hear what ultimately resonates with you concerning this. I have used a version of the Smart ball (you can get knockoffs cheap on AliExpress), but although it helps keep me “connected” it has not helped my release.

So far the only thing that has helped me a bit is swinging and hitting balls exaggerating the release. I set the club down with the face open, take a really neutral grip and then swing releasing hard to square the face. I still tend to revert to the “block” for the irons though as it allows me to make good contact and hit the ball pretty straight. Sadly that swing doesn’t work as well for a fairway or driver.

So at least on the range tonight…

Moved the grip back to neutral. Found this 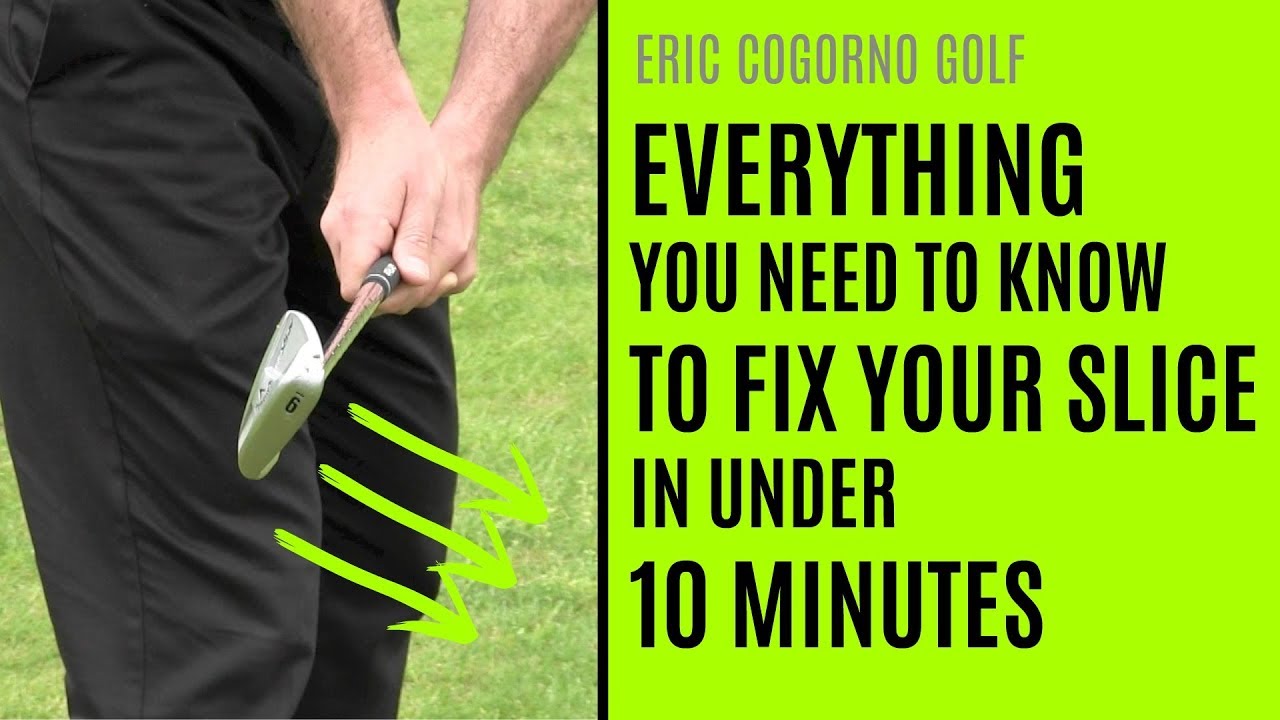 Worked amazingly well on irons. Drive was much better, but still a little bit of a fade and the occasional slice…but starting on a much better line and very controllable. We’ll see if I can take it to the course now later this week. I’m hopeful.

I’m probably going to take alot of crap for saying this. First, I have worked very hard this year to improve MY driver swing and distance. Not so much the swing, just what it does…I also experimented with several shafts especially the driver to find something that I FELT, was optimizing MY SWING. My understanding of what I was trying to do and what actually needed to be done was 2 different things. Why? Because equipment has changed and for years I was trying to hit a nail with a screwdriver instead of a hammer. I was purchasing new equipment and in general got worse instead of better. The new equipment does not work with a swing that was built around persimmon drivers. I broke down and finally understood that I had to get a better understanding of launch angles, shallowing the club properly and strictly working on MY mechanics and GRIP (believe it or not) to achieve an extra 40-50 yds (so far). That said…I worked hard on MY swing. I will also tell you there is a difference in the driver & metals and the iron swing. My general tendency with all metals is slight draw, if I dont shallow correctly it’s a pull or the face is pretty open. (that’s the miss) With irons I hit, in general a 10-15 yd fade with long irons about a 5 yd fade with short irons. (my miss with irons is the fat shot, not so much anything else, which is caused by losing spine angle…coming up!) My goal with irons is to make sure certain I am covering the ball to get as much compression as what MY swing allows. SO, yeah that was very long to get to this point. First…don’t copy anyone, your swing is your swing…own it. Second, you must…MUST…hit the range with a purpose. Whether you use a trakman…which I suggest, (and I did) and just hit one club over and over and over until you can generally repeat something at the desired distance and general dispersion YOU want. Golf is not a game of makes, it’s a game of misses. You are NOT going to change or fix anything without putting in purposeful time or experimenting with a fix ure slice video in 10 minutes…cuz that’s all it’s going to work is 10 minutes! Just trying to be real…There’s a guy on here who posts as Craigers and I follow his journey on putting…this dude is putting in tons of work and in reading his posts, he has improved, probably drastically, but in his mind incrementally…but it takes time and work and he is working on HIS stroke and HIS grip and HIS tempo. All said…accept your limitations and what your body does, if you need to take a lesson from a well recommended pro…do so, work on your swing and your game…The easiest things to do in this game is to improve from a 100 player to a 90, from a 90 to an 80, from an 80 to maybe a 77. After that, it’s usually incremental and takes a ton of work and commitment. You will find you won’t be able to fix or Dx on the course…Good Luck!

I seem to be doing a bit better with a more neutral right hand. It seems as though it’s easier for me to release the club that way. It’s working really well with my hybrid and fairway wood, but still iffy with the irons and driver. Mostly it’s the driver, but I think if I can get to the range more I may be able to sort it out. Also the extra distance with the fairway is useful if the driver is not cooperating.

Typical that the season is nearly over here and I figure something out lol.