What Is a Good Golf Shot? (new podcast episode)

New Sweet Spot episode! Adam Young and I help manage your expectations and strategic decisions on tee shots and approach shots in our latest episode. Have a listen with the following links 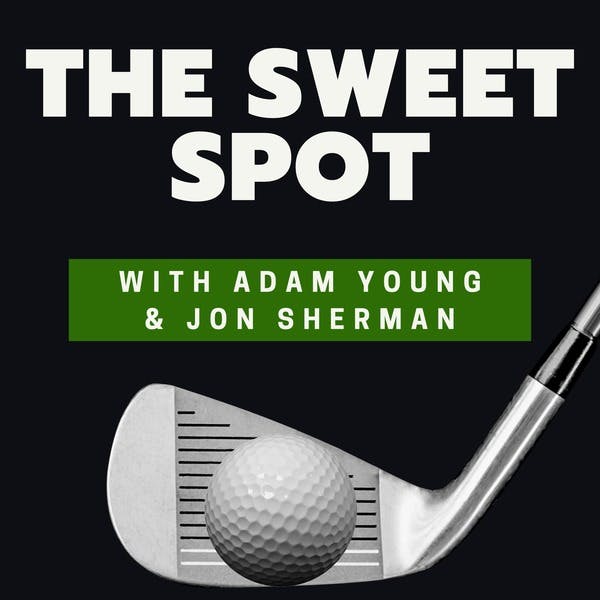 The Sweet Spot - Golf Podcast - Why Clubface Control Is Such an Important...

An in-depth discussion on why clubface control (face angle) is perhaps the most important skill for any golfer if they want to lower their handicap. Show notes: Face angle definition: where the clubface is pointed at impact. Many refer to it as... 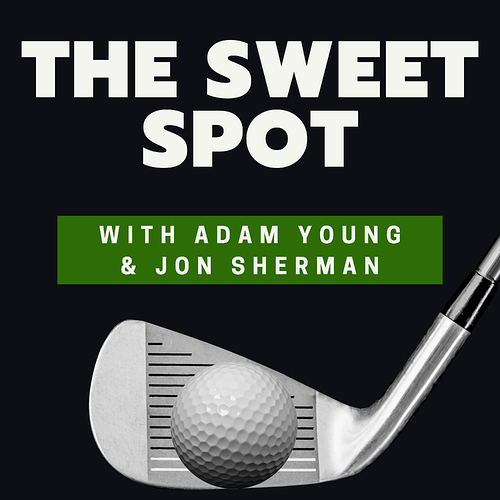 A deeper look into golf improvement. Adam Young and Jon Sherman provide real, actionable game-improvement advice for golfers of all levels. If you want to take your game to the next level, this is the podcast for you.... 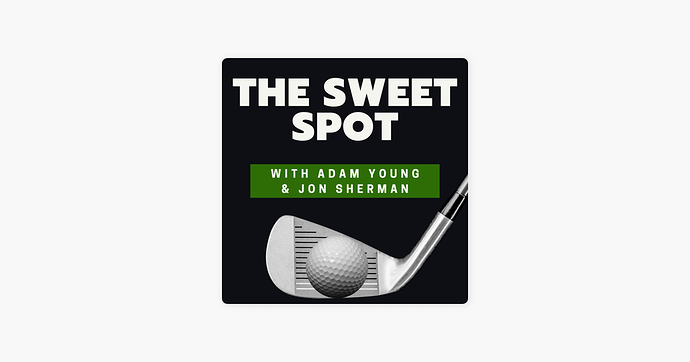 I just shouted, “Yes!! For the love of God, YES!” when Adam was talking about amateurs grabbing the club that has to be pured full out to get to the distance to the pin they’ve got. This is the one thing I preach to mid-high handicappers that will help scoring. You CAN hit your 7 iron 175? OK, how often do you do so?

I changed my driving stats based on your article a while back.

I track “successful” “recovery” and “penalty” (in a bunker or trees or in penalty area).

Do you know a target “successful” fairways per round?

I average two recovery shots and nearly two penalties per round. My course has a lot of trees and ob and most members agree that our handicaps travel quite well. I am also mindful of “awful swings”. I am making 1-2 awful swings off the tee per round.

I am also mindful of @Bigdadenergy comment even though he is talking about approach. Subconsciously, I think these “awful” swings come out when I am pressing (doglegs, long par 4, par 5 when I am thinking about getting there in two).

Here are baseline stats by HCP level for fairways hit

But again, these can be so misleading. Especially if you play a tight course with narrow fairways. There’s a reason why Jim Furyk is still the leader in fairways hit on tour and nowhere near the top at the strokes gained statistic. It’s only one part of the equation.

It is important, but you have to factor in how far you are hitting it, and when you do miss the fairway seeing if it’s mostly nominal misses or those “oops” shots.

Get steep and flip it!!

The thing about long par 4s is they generally aren’t birdie holes to begin with, so my approach is get in position for par and move on. Pressing off the tee often takes par out and moves you into bogey or worse territory. Easier said than done, but having the mindset of not needing a nutted driver off the tee will help keep the swing controllable. You may have a mid-long iron in, but even if you miss the green you’re a good chip and a putt away from a ho-hum par. Anything less than a par on holes that aren’t necessarily scoring holes is icing on the cake, but should never be a situation where you try to force it.

Yes. One of the hardest things is ACTUALLY swinging to the predetermined target at a nice tempo.

I think, overall, one of my biggest takeaway from being on this forum is that chasing birdies is overall a strategic mistake… I’m working to consider birdies a luck happenstance in my pursuit of making a 2 putt par.

That mentality puts you into a strategic headspace of: Hit the fairway and give yourself a decent look at hitting the green (vs chasing a 300+ bomb to try to force a shorter 2nd shot)…

I’m excited to listen to this episode, as I’ve changed my opinion of what a good golf shot is while learning here… I also just finished the Chasing Scratch episode where Eli is 1 under through 17 and makes a triple and it doesn’t occur to him that his 2nd shot was a huge mental blunder (he sails it 50 yards left out of the rough with the ball above his feet)… I think it’s a very illustrating conversation about how people approach golf… Per him “his tee shot was perfect” it just ended up in the rough because it was TOO good… so instead of going into recovery mode, he kept his priors and tried to hit the green… He could have easily shot a 72 with no real pressure by punching out, getting on and 2 putting.

It sounds too good to be true. But when you accept that birdies are merely a byproduct of a smart series of independent decisions and not something that you can “manufacture,” then you are on the path to becoming a smarter course manager.

We may be veering too much into my Philosophy degree (Sorry, mom!) but I think you can take a step back and look at golf as an interesting study in human nature and a good look at expectations.

Going back to the Chasing Scratch example (and this is all speculation)… Eli hit what he considered a good drive and got a bad result… He ended up trying to hit a hero shot onto the green, instead of punching out and playing for par… if he had hit a BAD shot and it had ended up in the same place, my guess is he would have at least considered taking a smarter route into the green. As you said, if he made a smart, independent decision, he would have likely had the opportunity to make par.

It’s really hard for me to separate each shot. “I hit a good drive, I should have a birdie putt!” “I’ve really got to get after this shot to make par”… One of my biggest goals for the season is to separate out each hole into it’s own bucket (not worry about my total score, just play the hole in front of me as well as possible) and then separate out each shot… try to consistently make the best decision from where I am, based only on the situation I’m currently in…

I don’t play enough match play events to worry about anything but my score… I’m hoping I can build out a good mental game to handle this, but we will see!

In “Thinking Fast, Thinking Slow” they go through the psychology of chasing losses. Can’t remember the specific examples, but they offer a bunch of interesting behavioral case studies that show that after someone loses, they have a huge tendency to chase and become very prone to taking high variance courses of action. For anyone who is a fan of the Sopranos, this is something that Tony Soprano is constantly exploiting in his opponents.

I think this fact of human nature is essential to understand if you want to get ahead in business, or really anything that is an iterative trading game.

Oh, I guess it can help your golf too!

they have a huge tendency to chase and become very prone to taking high variance courses of action.

I think I mentioned this in the podcast, but it’s the same exact thing when someone goes on tilt in poker or at the blackjack table. Believe me, I know the feeling. Your instinct is to make up for your initial mistake with more aggressiveness, and we all know how that usually plays out!

One more thing to add here after thinking about my own game and reflecting on this thread.

The LIE of the golf ball is critical. Anytime you have a marginal lie you have to significantly dial back expectations. I am TERRIBLE at this.

Last round I smoked a drive through the fairway and am now on a sidehill down hill lie down to a hazard. Even though I am 100 yards out, anything within a pace of the green is GREAT. Instead of an all out 50 degree optimal play would be club up to p wedge and take a very controlled swing with all the focus on a SOLID STRIKE.

Obviously, I went full out with the 50 degree, hit it marginally and was very lucky not to dump it on the water.

This is so huge. So many amateurs stay in bogey golf purgatory because they’re trying to make birdie on every hole. Every course has holes that are better birdie opportunities than others (usually par 5s), but birdies aren’t to be chased either way. Too many of us stand on a tee box and say “OK, this is a birdie hole” and get way ahead of ourselves.

Another really strong podcast. Finally found some time to listen in today. @jon add me to the list of folks that started playing to the middle and back of every green last year and saw great improvement last year due to that advice/this forum.

Did this today. Just reminded myself to hit it solid off the tee. Nothing “extra”.

Really helped. There are very few strokes gained between “nutted” and “solid”.

There are lots of strokes lost between solid drive and major error.